Silicon Valley is invariably taken as a reference frame to see how far we are in terms of technological innovations, and most market research often seems to ignore Europe. We think that's a shame, since a lot is happening in Europe. SmartHealth takes a close look at a number of promising European health tech start-ups in SmartHealth Europe during these summer months. This week we talk to Lasse Leppäkorpi, CEO of the Finnish company Beddit.

The Finnish company Beddit garnered world-wide media attention in 2013 when it picked up about half a million dollars in crowdfunding for a sleep tracker for consumers with its Indiegogo campaign. The Beddit sleep tracker keeps a record of heart beat and respiration and translates this information into an app. That Indiegogo campaign instantly put Beddit on the digital health map, while the company has in fact been developing and growing for many years now. Beddit was founded in 2006 by Lasse Leppäkorpi, who was at that time working as a researcher at the Helsinki University of Technology.

The company still had a strong focus on patient monitoring in a clinical setting during the first years. Beddit even received clinical validation for the accuracy in measuring heart beat and respiration. But when one of Beddit's biggest partners encountered financial difficulties in 2008 due to the recession in America, the company was forced to take a new path. The home environment became Beddit's new focus: not the hospital, but the bedroom. "It was equally important for us to continue working together with professionals; hence we sought collaborations with sports school chains, health care facilities and sleep clinics. They offered Beddit as an additional service for their patients and customers", says Leppäkorpi.

However, just scaling up the professional business model was not sufficient for the CEO, so the company decided to continue developing a direct consumer version of the product. The consumer version of sleeptracker Beddit was launched on Indiegogo in 2013. “The success of that campaign got us a lot of media attention in a short time, and also many good contacts. We started dispatching the first Beddits in 2014, and we closed a big, global distribution agreement. Since then, our product has been available worldwide. Shortly thereafter, we concluded our first round of investments. The money was used to support and accelerate the growth of our distribution."

At present, Beddit has just launched an entirely new version of its sleeptracker and the accompanying app got a facelift. Since a couple of months, Leppäkorpi resides with his family in Silicon Valley and a small American office has also been opened there. "Last year, 98% of our sales came from America, but we didn't have a single employee there. That was a crazy situation. It made sense to have an office here as well. Research and development is still being done in Finland", says the CEO. 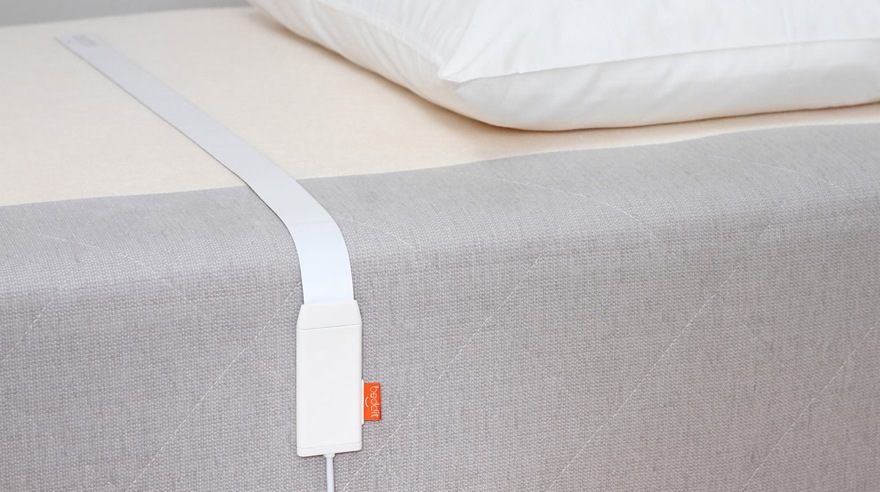 What problem is Beddit trying to resolve precisely? "There is a big sleep deficiency which is continuing to grow in Western countries. This results in all kinds of direct and indirect costs. For example, a loss in productivity of employees, the impact on health in the long and short term and even accidents that can be attributed to fatigue and a lack of focus." Thanks to Beddit, users get insights into their sleep, but Leppäkorpi believes that is only the start. "You're not much wiser if you conclude that you sleep too little and too restlessly, thus we are trying to support our users with personal tips and coaching as well. Since we are gathering more data, we can give more and more accurate feedback to users."

"All these trackers claim that they can also record sleep, but they only record your movements at night instead"

Although the expanding market of activity trackers such as Fitbit and Jawbone also results in more awareness among consumers concerning tracking their sleep and exercise patterns, Beddit has certainly experienced competition due to these products, according to Leppäkorpi. "All these trackers claim that they can also record sleep, but what they do is only record your movements at night. That is something totally different from analyzing someone's sleep",  the CEO claims. According to Leppäkorpi, research has shown that sleeptrackers that are worn around the wrist in less that half of the cases yield identical results about someone's sleep behaviour compared with measurements in a sleep clinic. "Consumers see that they have an activity tracker and sleep tracker for just 99 euros, whereas they can buy only a sleeptracker from Beddit for 149 euros. We still need to convince customers of the advantages of a dedicated sleep tracker. A lot has been said about the importance of good nutrition and sufficient exercise, but sufficient sleep is at least as important. If you pay attention to sport and your nutrition, your metabolism goes to work while you sleep and your muscles repair themselves."

How does Leppäkorpi view the collaboration between Beddit and activity tracker manufacturer Misfit ? A case of keep your friends close, but keep your enemies closer? “Precisely”, says Leppäkorpi, “We think that the idea of an activity tracker or smartwatch with built-in fitness functions is very good, especially when considering your daily movement. Misfit and Beddit are not competitors, these products complement each other.” As a marketing strategy, Beddit is also eager to point out the limited battery life that most current smartwatches like the Apple Watch have. "Your smartwatch ensures that your movement is recorded by day, but you need to charge it during the night. Then you go to bed and Beddit automatically starts recording your night's rest. Thus, the information about your health is complete."

According to a report recently issued by the German research firm Research2guidance, Finland holds the third place when it comes to 'mHealth market readiness'. Does Leppäkorpi recognize that observation? “Online gaming and digital health are big growth markets in Finland. This country has always been a pilot market for innovations. We've experienced it with the very early years of mobile technology. We have a fertile ground for technological innovations within the healthcare areaa. Nokia's bankruptcy also played a role in it, in particular. When the company fell over, there was a lot of talent available all at once, eager to start with innovative companies and concepts themselves."

The national health care system has only a limited influence on the quick growth of digital health in his country, according to Leppäkorpi. "Our health care system is very conservative. It is a public system in which everyone pays high taxes and can possibly reap all the benefits. It's a system that hardly supports innovation. On the other hand, the government is certainly doing everything to minimize health care costs, for instance by offering subsidies and funds to start-ups that have the potential to target health care costs with innovative businesses and services." The consumers and patients themselves are nonetheless the most important boost for the growing mHealth market, according to Leppäkorpi. "Patients and consumers have already been using apps, wearables and online applications all along for prevention, tracking and treatment. As a result, patients take that information and their insights along to their health care providers. The driving force behind the acceleration of digital health in Finland will be consumers and patients, not management or health care providers."

According to Leppäkorpi, Beddit can have a real impact by further expanding their business to business strategy. "We can monitor sleep, identify problems and provide users with general advice and coaching. We want to improve this service by linking users, certainly those people whom we know are struggling with sleep problems, to sleep clinics, commercial wellness programmes or personal trainers. Collaborating with such parties is in our company's DNA. We have always worked with such parties in the background, these companies see us as a trusted technology partner. Now, we can further build an ecosystem in which we can help our users manage or even overcome their sleep problems." 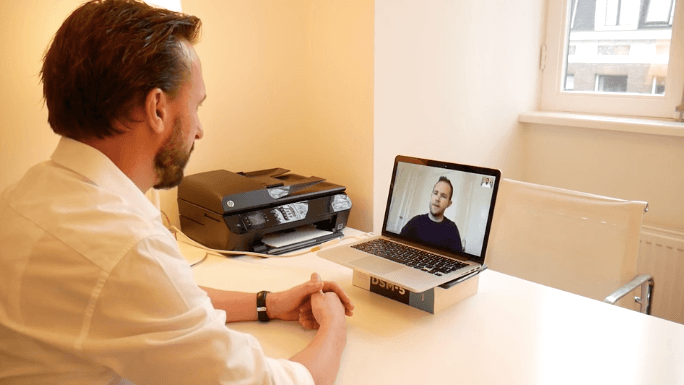 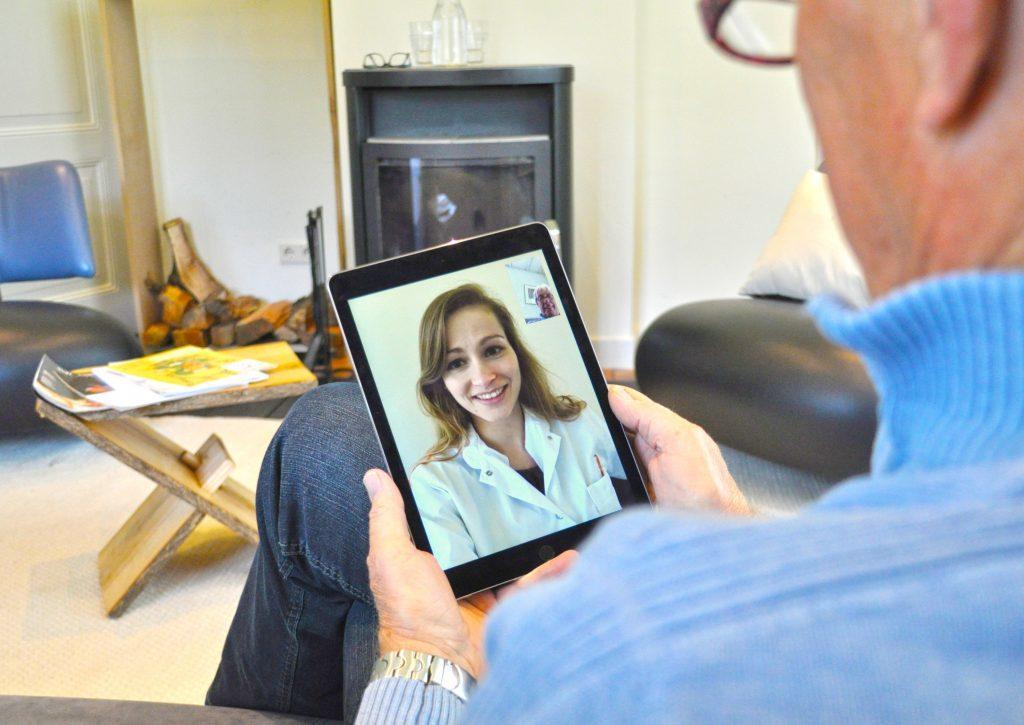