Thuisarts.nl, the official medical online health site of Dutch GPs which was launched in 2012, seems to significantly lower GP consultations. That is the conclusion of an article which Dutch researchers published yesterday in BMJ Open, the online publication of the authoritative medical journal. They examined trends in physician visits over a period of six years: three years before and three years after the launch of Thuisarts.nl. According to the article, the public website caused a nationwide monthly decrease of 675,000 GP consultations.

The results of the study were buzzing around for some months, but are now first published. The researchers from Leiden University Medical Center and the Dutch College of General Practitioners wanted to establish in a long-term study if "reliable independent information online reduces the use of care by the family doctor." The online information source in The Netherlands is Thuisarts.nl, which grew explosively since 2012.

According to the researchers, many patients go online for information about their health. But they assume that many of them prefer to go to a doctor for reliable information. The influence of a website such as Thuisarts.nl on the actual use of care by the family doctor had never examined.

Not launched without a fight

Thuisarts.nl was launched in 2012 by the Dutch College of General Practitioners (NHG). It was not without a struggle, because not all members felt that the association itself should publish a national medical website (and especially finance such a site).

After a cautious start and a restyling traffic exploded from mid 2012. The site currently has about 1.6 million unique visitors and more than three million page views per month. More than six hundred items on the website are targeted translations of scientific general guidelines in everyday language. According to the researchers,  ninety per cent of Dutch GPs refer to the site. They consider the site as an almost indispensable supplement for the brochure rack in their waiting room.

Because the researchers wanted to study the effect of Thuisarts.nl, they first needed figures from the years before the site existed. In the Netherlands, health organisation NIVEL records detailled data on doctor visits. The researchers used data from nearly 1 million inhabitants, representative for the Dutch population. From 2009 to 2014 they visited their GP in total 18.1 million times. The authors therefore had three years of data prior to the start of Thuisarts.nl in 2012, and three years later. 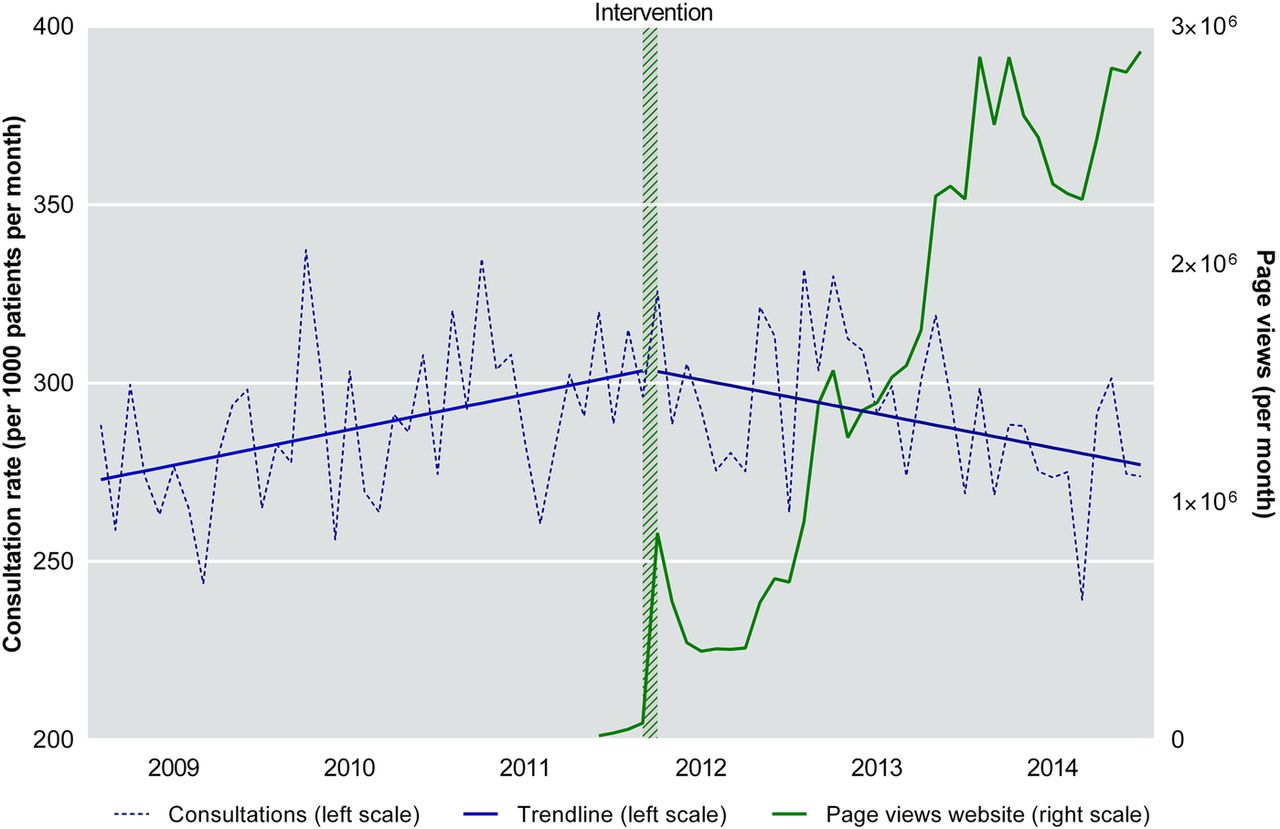 According to the researchers, statistical analysis of the data shows that GP consultations decreased after the launch of the website Thuisarts.nl by 12%. At the national level, this means a monthly decrease of 675,000 doctor visits. The results show a decrease in the number of telephone calls to the doctor. The number of longer GP consultations (20 minutes) actually increased. The researchers suspect that less complicated, telephone contacts have decreased after the launch of Thuisarts.nl. They also note that the use of care of the elderly decreased, and also that of people with low socioeconomic status. The website Thuisarts.nl therefore also reaches these populations, the researchers say.

Is decrease really caused by Thuisarts.nl?

One problem with this type of study is to make sure that there is a causal link between (in this case) the availability of Thuisarts.nl and the downward trend in the number of visits to the GP. Maybe other websites and apps emerged, which were as popular as Thuisarts.nl? Or maybe there was a change in care financing, making patient visits less likely?

The researchers used a number of controls to exclude other influences as much as possible. They analyzed chronic and non-chronic care separately. Changes in the chronic care, in recent years, after all, could have contributed to a reduction in health care use, for example, by the increase in integrated care for diabetes, and COPD. That was not the case.

Still, it's not certain that the decline in the number of visits leads back to the emergence of Thuisarts.nl. To study this effect further, the researchers used a control group of subjects that is hardly covered in Thuisarts.nl, says Prof. Dr. Niels Chavannes, one of the authors. They analyzed the GP consultations concerning these topics during the study period. In this group, the downtrend in consultations did not show up. The conclusion of the researchers is: because no proper information was found on Thuisarts.nl, people in this group just as often go to the doctor. Chavannes: "Because Thuisarts.nl is the largest health site in the Netherlands, and the decline in consultations exactly coincides with the exponential growth of Thuisarts.nl, the connection is plausible."

The assumption might be that other (commercial) health  sites, which may offer information on those subjects not covered bij Thuisarts.nl, are considered less reliable by consumers, or at least do not lead to fewer consultations.

The complete article can be found here:

Effect of an evidence-based website on health care usage: an interrupted time-series study 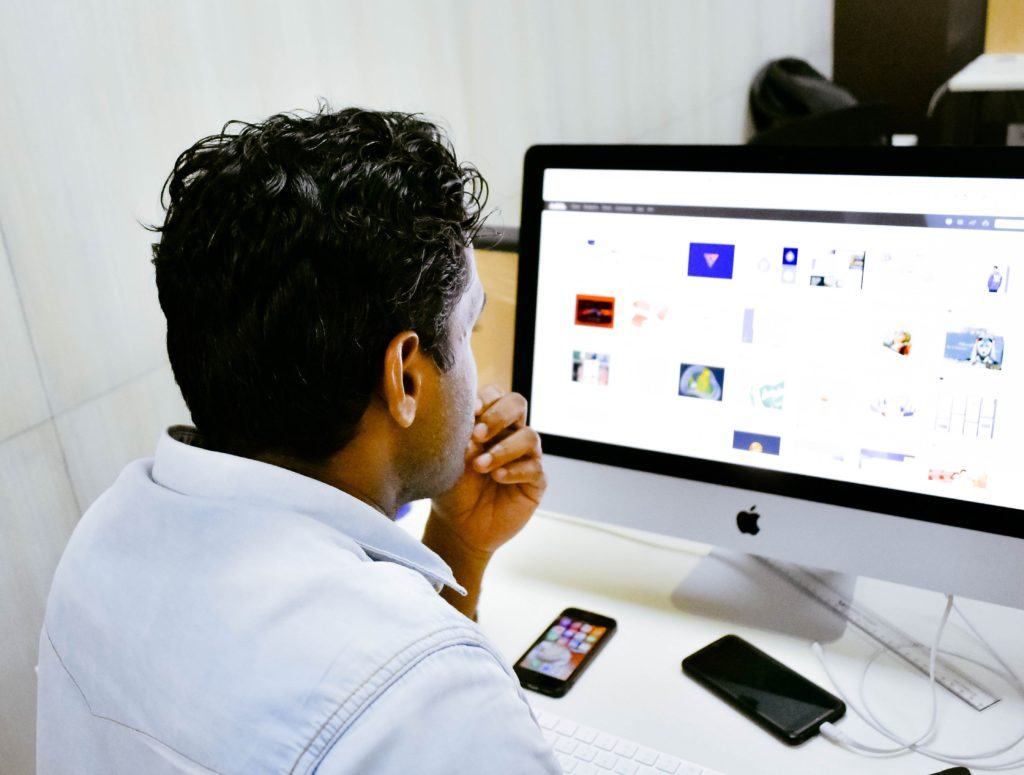